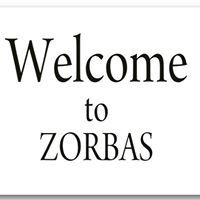 Greek and Mediterranean and Vegetarian

Kosta and Dean are two young Greek men that come from a small village in the northern part of Greece, Variko Florinas. They moved to the United States in 2008 and 2000 and since then their dream was to own a Greek restaurant. Their dream finally became a reality in 2008 when they first opened Zorbas Greek Restaurant.

From their childhood they were involved in everyday cooking. They watched their mothers and grandmothers cook for the whole family and they slowly started experimenting themselves. They made easy dishes at first and became more complex over time. They knew that they were born for this. they follow traditional recipes and add spices they used back in Greece, they make their food just like at home.

Zorbas Greek Restaurant has a variety of Greek platters that you can choose from. The décor in the restaurant was chosen to match the beautiful blue waters of Greece and the walls are hung with handcrafted paintings and sculptures.

Write a Review
0.0 / 5.0
Overall Satisfaction
Values
Looks like no one has reviewed Zorbas Greek Restaurant. Be the first by writing a review now!