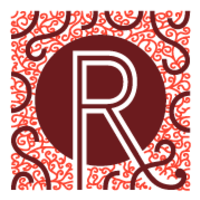 Specialties
Ruth's is dedicated to bringing great dining and an eclectic atmosphere to the legendary Northside community...Food Unites Us All!


Ruth Cummings was the bookkeeper for the downtown Mullane's Parkside Cafe before and during David Tape's tenure as proprietor there. A decades-long resident of Oakley, Ruth had a kind heart, a quick smile, an eclectic collection of bulldog knick knacks, and a sharp eye for numbers. After her death in 2007, she bequeathed Tape the money that would become part of the initial funding for her namesake business--Ruth's Parkside Cafe, now located in the American Can Building in Northside.Relationships at Mullane's--originally founded by Kim Cole in 1986--inspired that kind of loyalty. Mary Kroner, a longtime friend of Tape and manager at Mullane's, is collaborating with him again in opening Ruth's. Kevin Worthington started as a dishwasher at Mullane's when he was 21 years old. And 27 years later, he started again with Tape and Kroner--this time as the chef at Ruth's after a successful career at several Cincinnati eateries.


Mary Kroner and David Tape are Co owner's of Ruths.  David was the owner of Mullane's Parkside Cafe in downtown Cincy through the  1990's and Mary was his manager.  Consistent inquiries as to  how to get some of that great food again, combined with their overall love of the human race, finally prompted them to get back in the business.  Ruth's space feels wonderful and the food matches, under the guidance of chef, Kevin Worthington.

Write a Review
0.0 / 5.0
Overall Satisfaction
Values
Looks like no one has reviewed Ruth’s Parkside Cafe. Be the first by writing a review now!